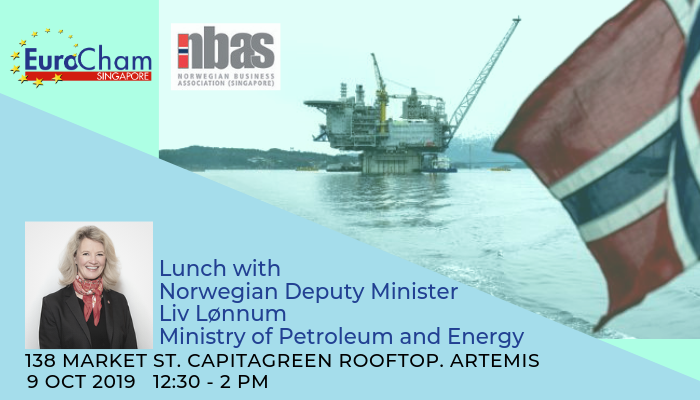 EuroCham and Norwegian Business Association Singapore (NBAS) have the honour of inviting high level executives within the energy sector in Singapore to a lunch discussion with Norwegian Deputy Minister, Liv Lønnum (Ministry of Petroleum and Energy).

The Deputy Minister will present the main priorities of Norwegian energy policies, touching upon both developments within the oil and gas sector and renewables. She will also comment on Norwegian priorities for the energy transition.

After her presentation, Deputy Minister Lønnum will be interested in hearing perspectives on the energy developments in the Asia-Pacific region.

Liv Lønnum was appointed Deputy Minister in the Norwegian Ministry of Petroleum and Energy on 25 January 2019 for the Progress Party. She has a degree in Economics and Marketing from BI Norwegian Business School and York University in Canada. Before she was appointed deputy minister, she worked as a recruitment consultant at Compass Human Resources, Hammer & Hanborg and as the leader of sales at Storebrand Life Insurance. Her political background include several positions for the Progress Party in the city council assembly of Nordstrand, Oslo (2007-2013). 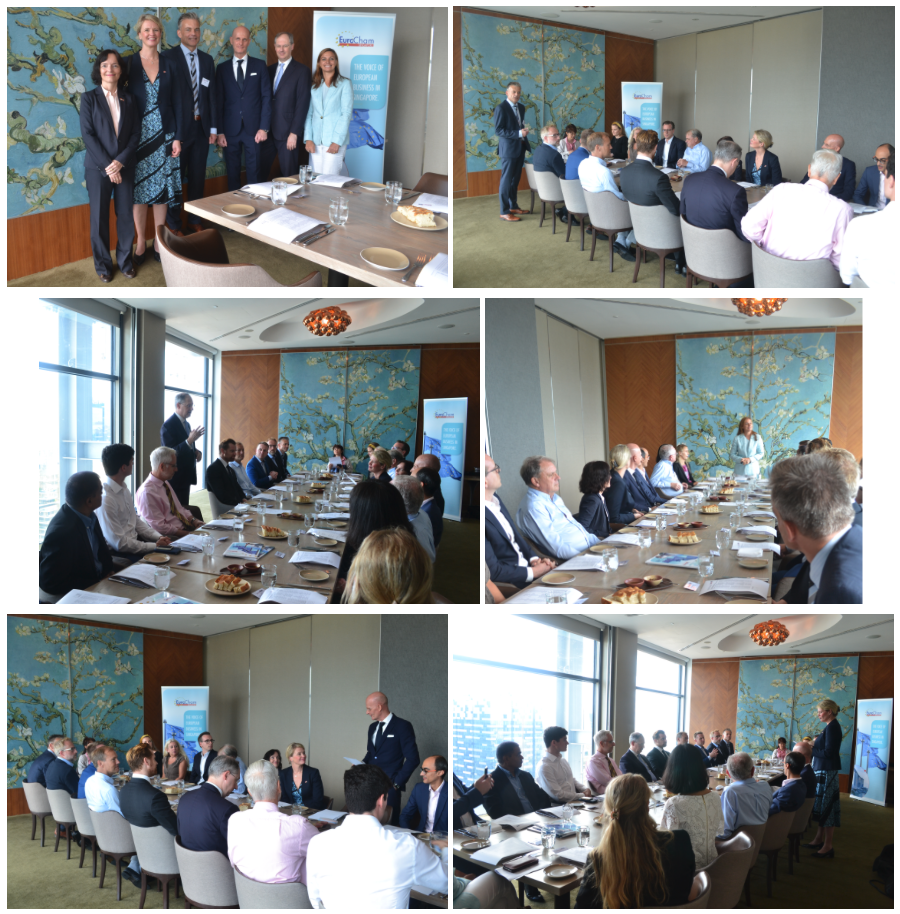 “buffeted by transition winds,” “pivot from fossil fuels,”- these are not mere words reported daily about the struggle to shift energy consumption from methods that are causing environmental harm but deep and careful deliberations about how policies and which policies can assist entire industries in adopting new processes in response to the inevitable changes brought about by new technologies and climate demands, and in doing so, lessen resistance from those whose stakeholders are directly impacted. Deputy Minister Liv Lønnum led a lively discussion after her brief introduction of the Norwegian energy policies, together with Ambassador Anita Nergaard. EuroCham thanks the presence of the Deputy Minister, Liv Lønnum, Ambassador Anita Nergaard, Norwegian Business Association (Singapore) for the opportunity to co-organise this event, and the attendees of this event.