Europe Business Luncheon with the President of the Republic of Singapore 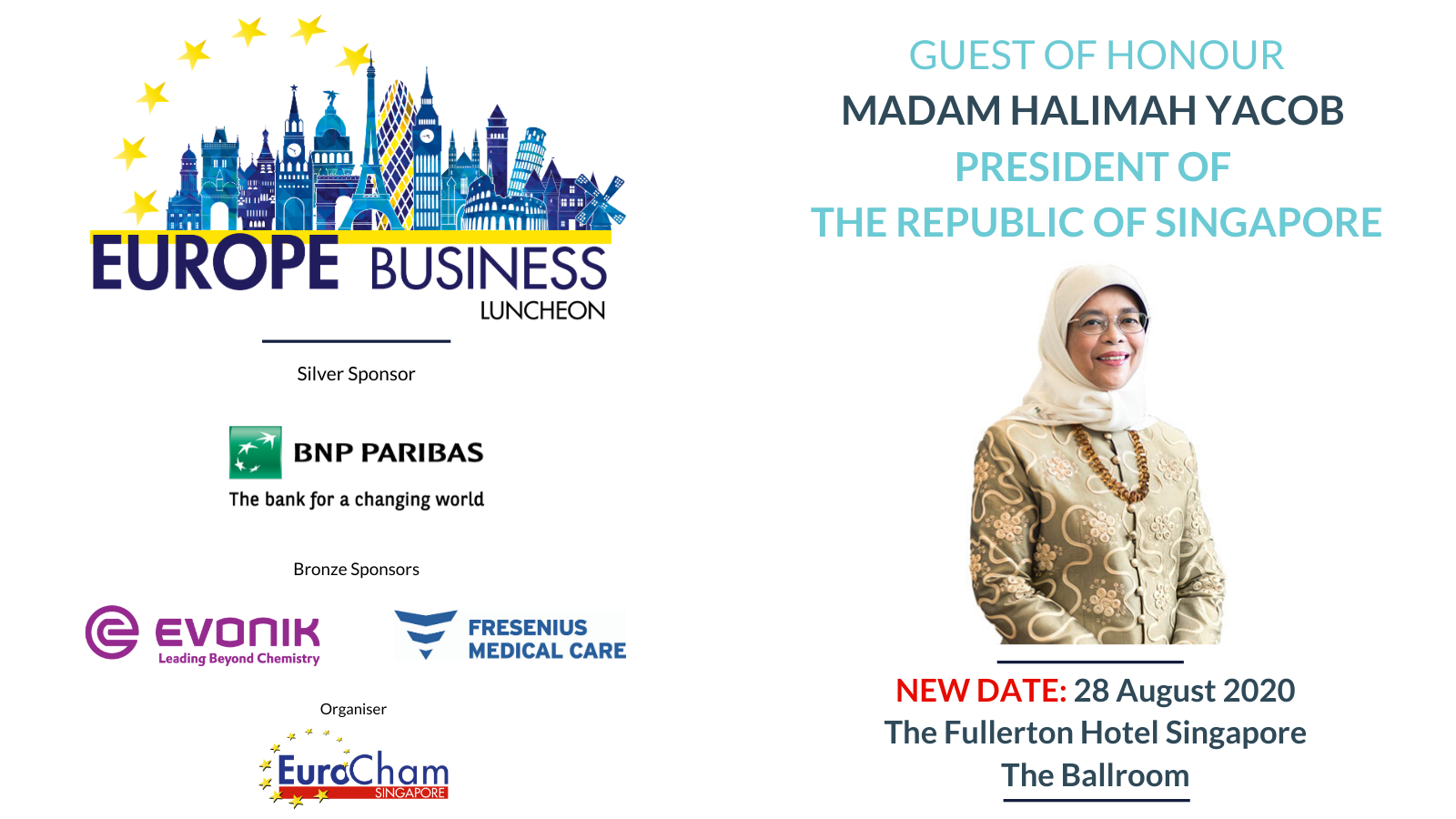 Madame Halimah Yacob served in the National Trades Union Congress for 33 years. She held various positions, as Deputy Secretary General; Director of departments including Legal Services, Women’s Development and Labour Studies; and Executive Secretary of the United Workers of Electronic and Electrical Industries. She was on various national committees including the Economic Review Committee.

She was Singapore’s representative in the International Labour Organisation for 12 years and the first Singaporean to be elected into the ILO. She represented workers in many ILO committees.

In 2001, Elected as a Member of Parliament for the Jurong Group Representation Constituency. Her final and fourth term as an MP was in the Marsiling-Yew Tee GRC.

In 2011, Appointed Minister of State for Community Development and Sports. She introduced various programmes for seniors and enhanced services for the disabled. She also laid the foundation for the Social Services Offices.

In 2013, Elected as Speaker of Parliament, the first woman to hold the position.

With her passion for social causes, Madame Halimah is patron to more than 40 charitable and community organisations. She also championed women’s issues and was awarded Woman of the Year by Her World Magazine (2003) and AWARE Heroine Award (2011). She was inducted into the Singapore Women’s Hall of Fame (2014) and conferred the Berita Harian Achiever of the Year (2001).

Madame Halimah obtained her law degree and Masters in Law from the National University of Singapore. In 2016, she was conferred the Doctor of Law by the NUS.

The organisers reserve the right to change the programme content without giving prior notification or any reasons thereof.

Kindly note that there are limited seats available, registration is binding and payment is non-refundable.

Force Majeure: Upon the refund of your registration fee, EuroCham has no further obligations if the event is cancelled/ postponed for any reason beyond EuroCham’s reasonable control.

Sponsoring packages are available for this event.