EU-Singapore in Figures: Trade in Services 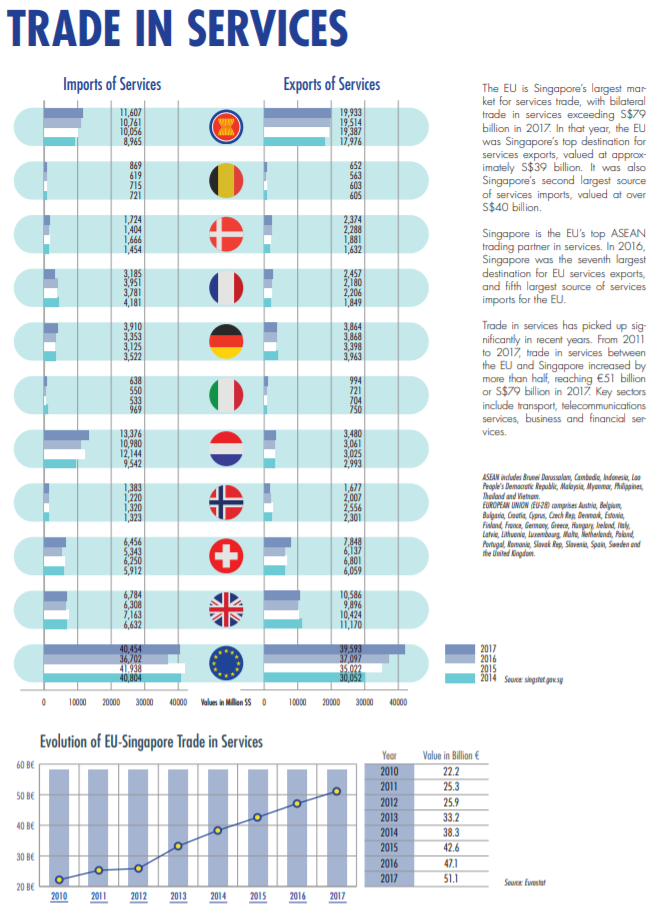 Singapore is the EU’s top ASEAN trading partner in services. In 2016, Singapore was the seventh largest destination for EU services exports, and fifth largest source of services imports for the EU.

Trade in services has picked up significantly in recent years. From 2011 to 2017, trade in services between the EU and Singapore increased by more than half, reaching €51 billion or S$79 billion in 2017. Key sectors include transport, telecommunications services, business and financial services.

<< Back to listings
Go to Top